A Brief Biography of Seaweed Extract 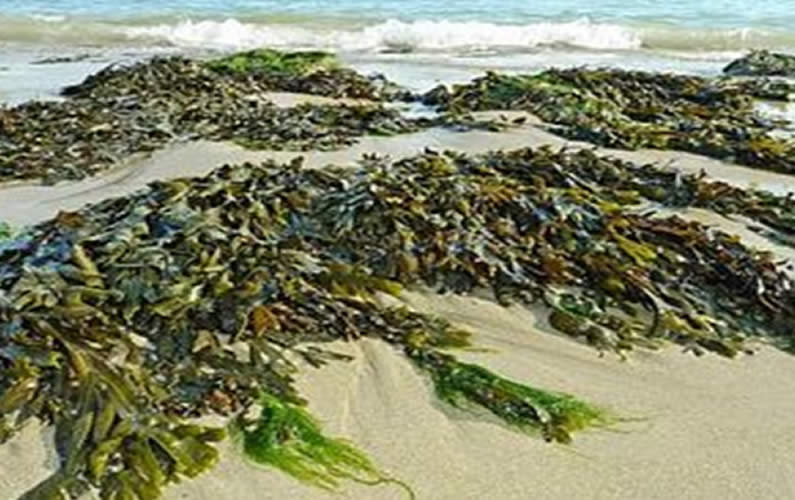 Both micro- and macro algae have long been used to augment plant productivity and food production throughout vast regions of the world due to their beneficial effects when applied to soil. Interactions of algae with soil undoubtedly are complex and the benefits are variable depending on the crop and the local environmental conditions.

It is now almost 70 years since the first commercial seaweed extract was manufactured for agricultural use. These aqueous extracts allowed for the first time the direct application of soluble seaweed constituents to specific plant organs such as leaves and roots however its benefit was not fully appreciated in comparison to its chemical counterparts. The earlier concept that benefits of seaweeds and their extracts were due mainly to their manurial value or to their micronutrient suites started to become less tenable. Initially, improved plant growth through seaweed application was attributed to its soil conditioning properties as when applied to the soil it improves aeration and aggregate stability, however research began to indicate that seaweed extracts have a much more substantial value.

More recent research demonstrating that seaweed concentrates increase plant vigour and yield resulted in a renewed interest in modern day application of commercial preparations and adverse effects of synthetic fertilisers on the environment are encouraging the movement towards application of naturally derived sources of bio-stimulants and soil ameliorants. It was realised that naturally derived seaweed products promote plant growth, resistance to disease and stress and are economically viable for the end user, therefore, they represent an alternative to conventional synthetic fertilisers. Moreover, seaweed and seaweed-derived products have been widely used as amendments in crop production systems due to the presence of several plant growth-stimulating compounds. 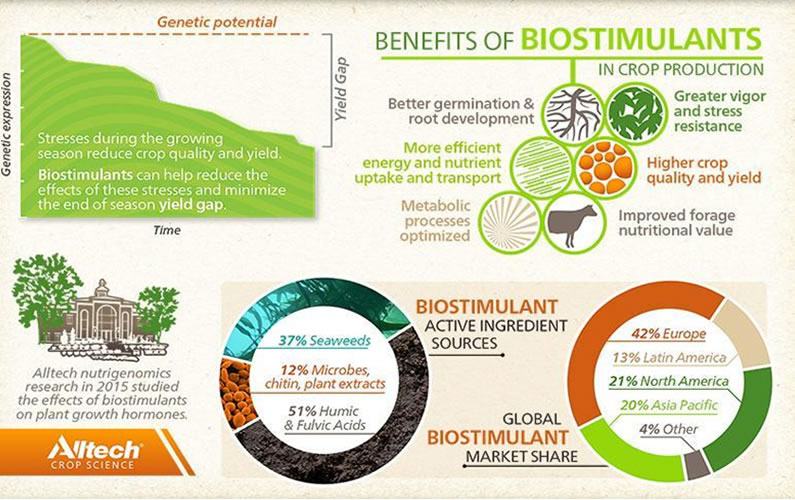 Numerous field trials have shown that seaweed products contain certain plant growth regulators and many of the observed effects are now ascribed to these constituents. In his research Booth suggested that plant hormones, and in particular cytokinins, were involved. This conclusion was reached as many of the responses obtained from seaweed application were found to be similar to those following the application of cytokinins to plants. This hypothesis was supported by Blunden and Wildgoose who also found close correlations between results obtained from the use of kinetin and a commercial seaweed extract in potato field trials.

Further evidence supporting this ideology was the detection of cytokinin-like activity in a number of marine algae and later commercial seaweed preparations. While cytokinins have been identified in seaweed products, the wide range of physiological processes affected by seaweed application suggest that they are not the only beneficial growth substances involved. Consequently, more recent research has been aimed at identifying and isolating plant growth regulators, other than cytokinins, in seaweed preparations. Much of this focus has been directed towards auxins, which are responsible for elongational growth of plant tissues and apical dominance, cell division, plant movements and plant aging, and gibberellins, whose basic functions are initiation of seed germination, growth regulation, braking bud dormancy, florescence and fruits development.

To conclude, seaweed extracts are a recognised, potent bio-stimulant characterised by high efficiency in plant cultivation which constitute an environmentally friendly biological alternative to synthetic plant stimulants, the application of which very often causes environmental pollution, and can also be applied in conjunction with traditional fertilisers to support results and efficacy. While Alltech Nutrigenomics research conducted in 2015 indicated that seaweed extracts are the second largest bio-stimulant active ingredient source many believe that marine algal seaweed species should still be regarded as an underutilised bio-resource.